OECD report ‘Education at a Glance 2019’ finds Irish primary school classes among the largest in Europe while funding lags behind the rest of Europe.

The report finds that Irish primary school teachers are among the hardest working in Europe. Irish primary teachers teach an average of 905 hours per year compared to 726 hours at second level and the EU average of 754 hours.

Today’s report from the OECD confirms what we already know. We are topping the league of shame when it comes to class size and funding at primary level. Many teachers have become fundraisers, raising funds to cover basic school costs. The workload burden of principals and teachers in our primary schools is huge. It’s time for a funding boost, a reduction in class size and for Government to deliver a minimum of one leadership and management day per week for teaching principals. 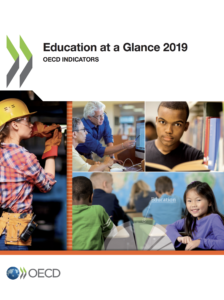