In 2011, the Government imposed a pay cut on new entrants to the public sector. In the teaching profession, those who entered post-2011 were subject to a 10% cut (at each point on the scale) on the scale and new entrants reverted to the start of the scale (previously B.Ed. commenced on second point). In 2012, the qualification allowances were removed for new entrants. These allowances had been paid to all teachers.

In 2013, INTO entered into negotiations under the Haddington Road Agreement (2013-15) and secured an adjustment (‘positive incremental adjustment’) to offset some of the losses incurred.

In 2016, INTO secured a restoration of the honours allowance but incorporated into the scale for teachers and not paid separately (as had been the case previously). This came into effect from 1 Jan 2017 and 1 Jan 2018 (paid over two years) and was delivered under the Lansdowne Road Agreement.

In 2017, the Public Sector Stability Agreement (PSSA) was negotiated. This agreement was rejected by INTO members, but it was agreed that INTO would remain encompassed by the agreement to allow the union to negotiate on pay issues. The PSSA agreement was underpinned in law by the Pay and Pensions Act 2017, which also required Government to produce a report by March 2018 on salary scale issues for new entrants.

Following publication on this report, at Congress 2018 the INTO, along with the ASTI (Association of Secondary Teachers, Ireland) and the TUI (Teachers’ Union of Ireland) passed Congress motions mandating all three unions to enter into negotiations with Government on the remaining losses and put the result of those talks to a ballot, to include a ballot on industrial action in certain circumstances.

In October 2018, INTO members were presented with a proposed agreement from Government which removed point 4 and 8 from the teachers’ scale, to be implemented from March 2019. This meant that newer entrants would progress up the scale faster. INTO continues to make the case that the earlier cohorts (2011 – 2014) have not received the same restoration as other public servants. Prior to both Haddington Road and Lansdowne Rd, this cohort was disproportionately affected through the imposition of effectively three increments over this period and the partial abolition of only two, together with the loss of qualification allowances for post-2011 entrants.

In January 2019, the Central Executive Committee agreed to enter a period of ‘constructive dialogue’ with Government ahead of holding a ballot on industrial action. A meeting of the Oversight Group (which is responsible for the Public Sector Stability Agreement) took place on Friday, 19 January with the three teaching unions. The outcome of that meeting included a commitment to meet again in the coming weeks.

Our work to secure equal pay for equal work continues, following agreement on a statement of intent with the Government at the commencement of our 2019 Congress. With the support of the membership, the INTO is engaged in a series of talks to, once and for all, confine pay inequality to the dustbin of history.

It was a policy that should never have seen the light of day and INTO, and our members, have led the charge to end this blight on our education system. Current talks must lead to a solution to be funded in the next public sector pay agreement.

A timeline of key events 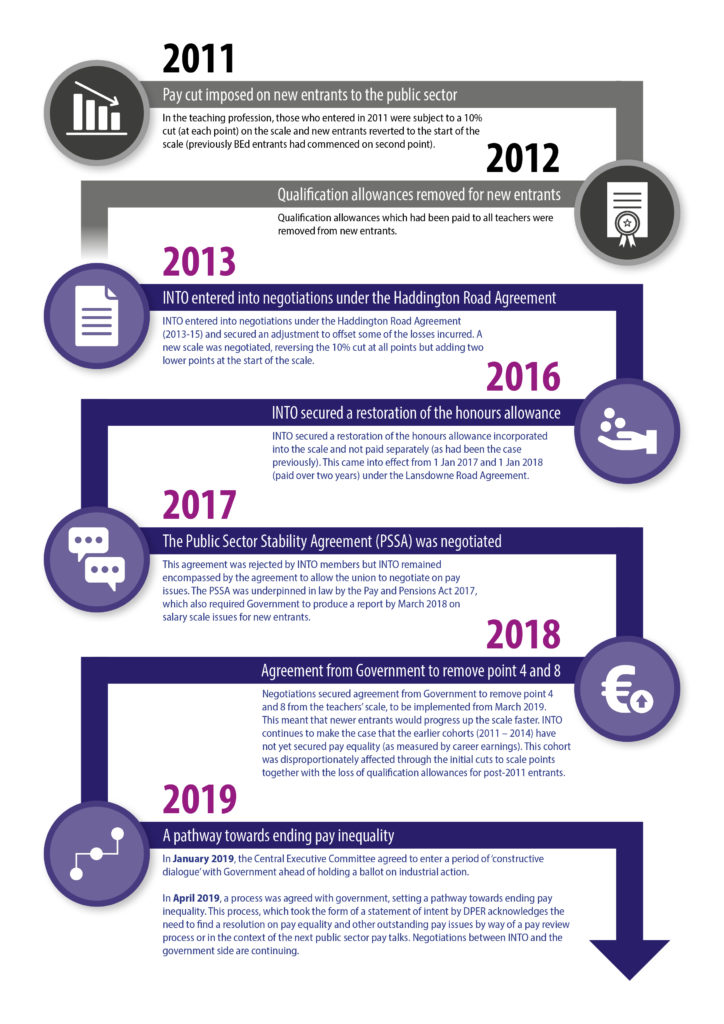 What can you do?

Share your story, meet with your local politician and make your voice heard. 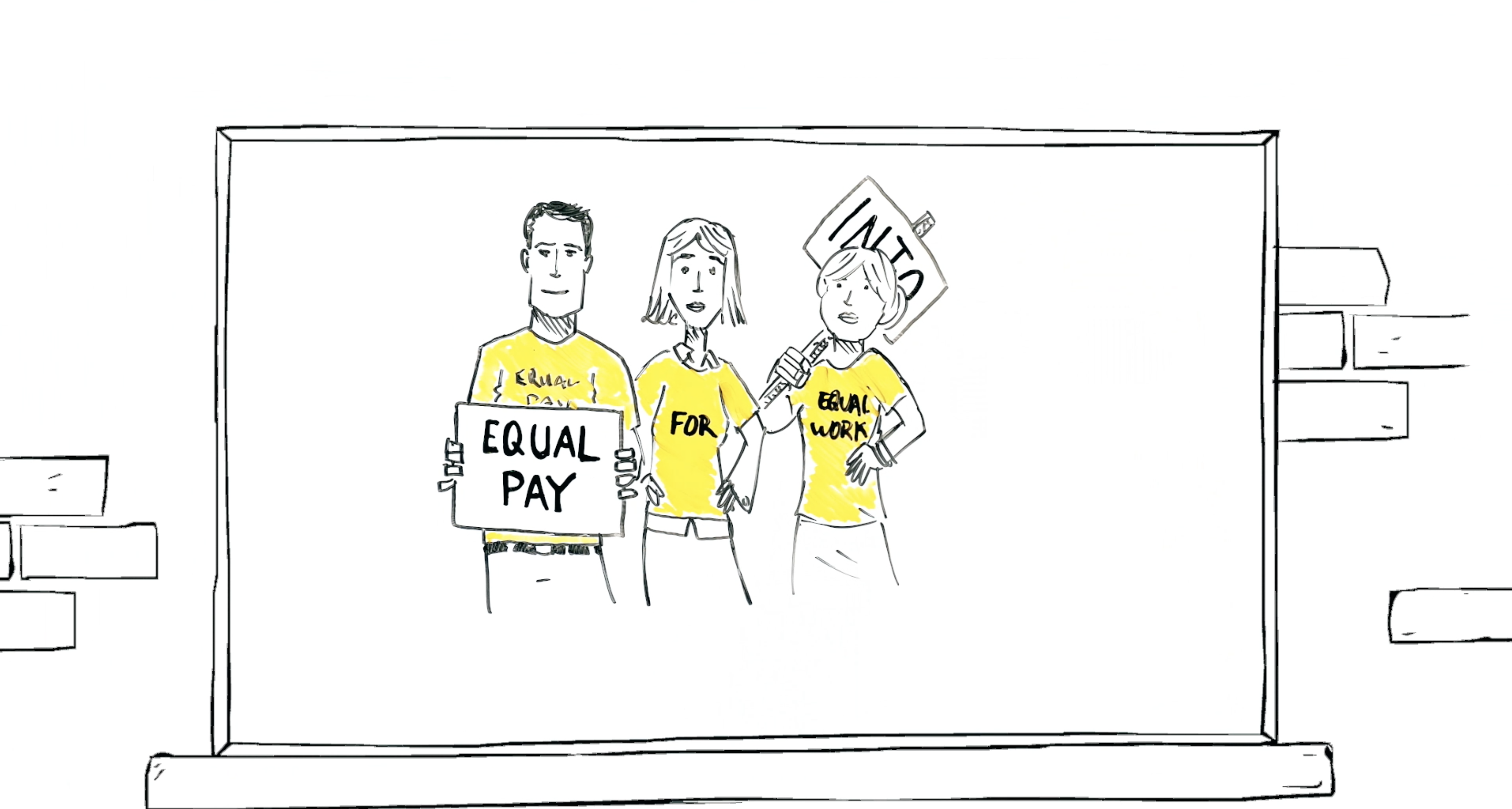 Class sizes are too high

We use cookies to ensure that we give you the best experience on our website. If you continue to use this site we will assume that you are happy with it.OKCookie Policy