INTO General Secretary announces plans to retire in 2019 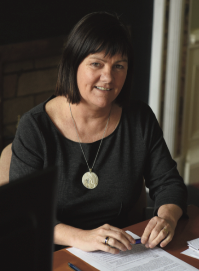 Today, at a meeting of the INTO’s Central Executive Committee in Kilkenny, INTO General Secretary Sheila Nunan notified the trade union’s executive of her intention to retire in the summer of 2019. The early notification is tied to the INTO’s operational rules which mandate ample time be set aside for the election of a General Secretary Designate.

Sheila Nunan has been General Secretary of the INTO since 2009. Prior to that, Sheila was INTO Deputy General Secretary/General Treasurer. She has been a member of the Executive of the INTO since 1995 and was INTO President in 2005/2006. A former primary school teacher and principal, Sheila is a graduate of University College Dublin and St. Patrick’s College, Drumcondra.

Sheila is the current president of the Irish Congress of Trade Unions. She is also Vice-Chairperson of the Public Services Committee of ICTU. In that role Sheila has been centrally involved in all public sector pay negotiations in recent years. Sheila is the ICTU nominee on the Governing Authority of Maynooth University.

INTO President Joe Killeen said, “In view of the decision of the General Secretary to retire in the summer of 2019, the CEC initiated procedures for the election of a General Secretary Designate from within the membership. An internal election will begin in earnest with a view to electing a successor later in the autumn. Sheila remains at the head of the INTO for the coming year where her unwavering, steadfast and strategic leadership will ensure we deliver for our members in the forthcoming Budget and beyond.”

The Central Executive Committee of the Irish National Teachers’ Organisation invites applications for the post of General Secretary of the Organisation.

The General Secretary, who is the full-time Chief Executive Officer, shall be elected by the members of the INTO from candidates who are or who have been teachers and members of the organisation for not less than five years.

Prospective candidates must be nominated by a branch or branches of the INTO representing at least 500 members.

Application forms and conditions of service are available from the rwarren@into.ie