On Saturday 13 October 2018 an Taoiseach Leo Varadkar appointed Joe McHugh as Minister for Education and Skills. 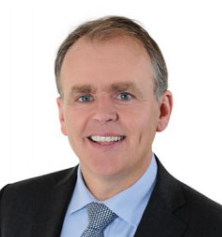 Born in Carrigart, County Donegal, Mr. McHugh was educated at Umlagh National School and the Loreto Convent, Milford. He attended the National University of Ireland, Maynooth, where he received an honours degree in economics and sociology, and a higher diploma in education. A keen sportsman, Mr McHugh has been a member of the Carrigart Boxing Club, has played soccer in the Donegal League with Cranford FC and Bonagee United FC and has also been a Gaelic footballer. Mr McHugh taught geography and mathematics at the Loreto Convent Secondary School, Letterkenny from 1993 to 1995. From 1995–96, he taught A-level economics in Dubai, during which time he helped establish the first GAA club in the
United Arab Emirates. In 1996, he returned to Ireland and became a youth worker in the Ballyboe area of Letterkenny.

On 15 July 2014, he was appointed as Minister of State with responsibility for Gaeltacht Affairs and Natural Resources at the Departments of Arts, Heritage and the Gaeltacht and Communications, Energy and Natural Resources. His appointment was met with criticism as his knowledge of the Irish language was at a basic level although he subsequently received praise for his efforts to improve his language skills to the point where he could conduct lengthy interviews in the language.