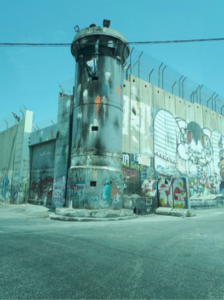 At Congress 2018, motion 13 was passed calling on the CEC to implement a number of initiatives to inform and raise the awareness INTO members on the ongoing humanitarian and political crisis in Palestine. The text of motion 13 follows, along with the information to be published in relation to the UN Economic & Social Commission for Western Asia report, entitled Israeli Practices towards the Palestinian People and the Question of Apartheid.

In order to commence fulfilling the requirements of the above motion, the following actions have been implemented, particularly in relation to items 1 & 4.

INTO support for Trade Union Friends of Palestine (TUFP)

TUFP was established by the Northern Ireland Committee of the Irish Congress of Trade Unions (ICTU) in 2006 in order to help promote the policy adopted at its Biennial Delegate Conference in 2005 to ‘Campaign in solidarity with the Palestinian people’. ICTU was subsequently mandated by conference to also establish TUFP in the Republic of Ireland.

Since its formation TUFP has worked within the trade union movement to educate the membership, to highlight the injustices inflicted on the Palestinian people, to promote further policy motions to help address Israeli human rights abuses and to mobilise solidarity activity. This led to the adoption by ICTU in 2007 of a Boycott, Divestment and Sanctions (BDS) policy that committed Congress to ‘actively and vigorously promote’ both a boycott of Israeli goods and divestment from Israeli companies and indeed all companies that are complicit in and profit from the occupation. Subsequent policy conferences reinforced this position by the adoption of motions that committed congress to allocate officer time to the campaign (2009 BDC), to promote broader civil society involvement in the BDS campaign, and to hold divestment seminars in both jurisdictions (2011 BDC). TUFP acknowledges that without the financial support of unions, branches and trades councils none of this
work would be possible. ICTU affiliates were invited to support TUFP by financial donations.

TUFP encourages all trade union activists, and those who are interested in becoming active in support of the Palestinian people, to become involved. If you would like to support the work of TUFP please contact: Belfast: TUFP secretary Eamon McMahon, at: TUFP, c/o ICTU, 4-6 Donegall Street Place, Belfast.

Contact in the Republic of Ireland will be maintained for now through the ICTU Global Solidarity Committee.

Further information on the Trade Union Friends of Palestine.

Publication of the UN Economic & Social Commission for Western Asia: Israeli Practices towards the Palestinian People and the Question of Apartheid

On 15 MARCH 2017 the then United Nations Under-Secretary-General and Executive Secretary of the UN Economic and Social Commission for Western Asia (ESCWA) Rima Khalaf pointed out that “it is not an easy matter for a United Nations entity to conclude that a State has established an apartheid regime. In recent years, some have labelled Israeli practices as racist, while others have warned that Israel risks becoming an apartheid State. A few have raised the question as to whether in fact it already has”.

Khalaf’s remarks were given during a press conference held this afternoon at the UN House, in Beirut, when she launched a report by ESCWA on “Israeli Practices towards the Palestinian People and the Question of Apartheid.”

Khalaf noted that Israel, encouraged by the international community’s disregard for its continual violations of international law, has succeeded over the past decades in imposing and maintaining an apartheid regime that works on two levels. First, the political and geographic  fragmentation of the Palestinian people which enfeebles their capacity for resistance and makes it almost impossible for them to change the reality on the ground. Secondly, the oppression of all Palestinians through an array of laws, policies and practices that ensure domination of them by a racial group and serve to maintain the regime.

Khalaf concluded that the report recognizes that only a ruling by an international tribunal would lend its conclusion that Israel is an apartheid State greater authority. It recommends the revival of the United Nations Centre against Apartheid and the Special Committee against Apartheid, the work of both of which came to an end by 1994, when the world believed that it had rid itself of apartheid with its demise in South Africa. It also calls on States, Governments and institutions to support boycott, divestment and sanctions initiatives and other activities aimed at ending the Israeli regime of apartheid.

The report was prepared, at the request of ESCWA, by two specialists renowned for their expertise in the field: Richard Falk, a former United Nations special rapporteur on the situation of human rights in the Palestinian territories occupied since 1967 and professor emeritus of international law at Princeton University; and Virginia Tilley, a researcher and professor of political science at Southern Illinois University with a wealth of experience in Israeli policy analysis.

Two former special rapporteurs on the situation of human rights in the occupied Palestinian territory, Falk and his predecessor, John Dugard, raised in their reports the issue of whether Israel has actually become an apartheid State and recommended that it be examined more closely. About two years ago, member States requested that the ESCWA secretariat prepare a study on the matter. At the Commission’s twenty-ninth session, held in Doha, Qatar in December 2016, member States adopted a resolution stressing the need to complete the study and disseminate it widely.

The report concludes, on the basis of scholarly enquiry and overwhelming evidence, that Israel has imposed a regime of apartheid on the Palestinian people as a whole, wherever they may be. A regime that affects Palestinians in Israel itself, in the territory occupied in 1967 and in the diaspora.

Since that date, and the launch of the report on the UNESCWA Media centre webpage, from which the above text was edited, the report has been removed from the UNESCWA website following concerted agitation from within the UN by both Israel and the USA.

While the report was withdrawn, its contents are still regarded by supporters of the plight of Palestine and indeed to the future possibility of peace between Israel and Palestine, to be important and valid. There followed a call on the International community, including the International trade union movement, to publish the independent report. 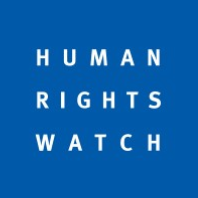 Human Rights Watch is a recognised international non-governmental organization, headquartered in New York City, that conducts research and advocacy on human rights worldwide. In a recent report, published in Oct. 2018, it highlighted reported human rights abuses within the West Bank and Gaza and made recommendations to both the Hamas Authorities in Gaza and the Palestinian Authority (PA) President Mahmoud Abbas.